Trenbolone is a very strong androgen with strong anabolic activity. It’s well suited for the rapid buildup of strength & muscle mass, typically providing the user exceptional results in a relatively small time period. The anabolic result of this drug is often compared to well-liked bulking agents such as testosterone / Dianabol, with one very significant difference. Trenbolone doesn’t convert to estrogen. This is indeed a very exclusive compound since mass drugs, nearly as a rule, will aromatize heavily. Here we don’t have to worry about estrogen related side effects, so far still have an extremely potent mass or strength drug. There’s no noticeable water retention, so the mass gained through a cycle of Parabolan will be very solid & defined. Gynecomastia isn’t also much of a concern, thus there should not be any need to addition an antiestrogen if trenbolone is the merely steroid administered.

Trenbolone is particularly more potent than testosterone, & has an effect that is as much as 3 times as strong on a milligram for milligram basis. Likewise we can expect to see a few levels of androgenic side effects by use of this compound. Oily skin, acne, aggressive behavior & hair loss aren’t therefore uncommon through a cycle with this steroid. The androgenic character of this drug of course makes it a very dangerous item for women to apply, the possibility for virilization signs tremendously high with such a potent androgen. & since the hexahydrobenzylcarbonate ester will expand the activity of this drug for weeks, blood levels can be very tricky to control. Since lots of the masculinizing side effects associated with steroid use can be permanent, women regarding the use of this compound should take severe caution. It can be weeks prior to blood levels decline should a problem turn into evident. 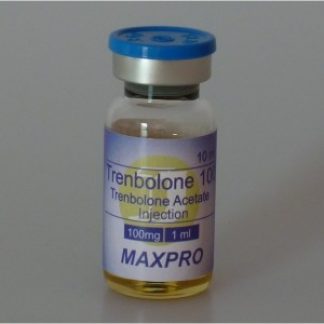